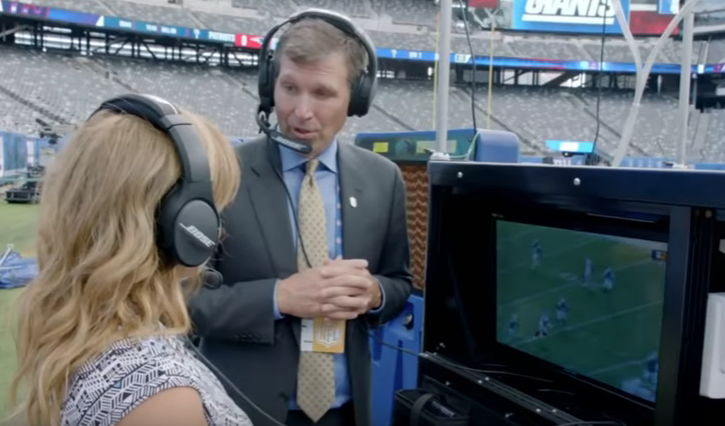 In recent years, the term “concussion protocol” has become such a part of the NFL lexicon that everyone refers to it — from players to coaches to those of us who cover the league to all the fans who watch. But how many of us could actually describe the different elements of the protocol? Or identify the roughly 30 medical personnel present at every game?

Even as a medical professional who understands the terminology involved and has followed the evolution of the NFL concussion protocol over the years, it wasn’t until I had the opportunity to see the various elements and personnel in action that I could fully appreciate the working mechanics of the protocol on game day.

During the preseason, I had the opportunity to spend time before, during and after a game with Dr. Allen Sills, the NFL’s chief medical officer, to get a close-up view of the league’s game-day protocol. While there were some components with which I was very familiar, there were also some revelations.

Here are the three things that struck me the most:

(1) Activity in the spotter’s booth

While there are two spotters (both certified athletic trainers) in the booth, there are actually five people with distinct responsibilities who are tasked with looking for injuries throughout the game. All five are NFL-hired, independent of the teams playing.

The fifth individual in the booth is an unaffiliated neurotrauma consultant (UNC), who is responsible for monitoring broadcast video to help ensure that there is at least one pair of eyes on all possible video angles. The addition of this booth UNC is the result of an update to the 2018 game-day concussion protocol.

The multiple angles available to the medical personnel tasked with reviewing video are far more comprehensive than I imagined them to be. Not only are there multiple view options, including an expanded field view, but the presence of video technicians to fast forward/rewind/freeze/zoom as necessary to help the medical provider optimally view the personnel involved in an injury-related play, as well as the circumstances of injury itself, is an incredible asset. The spotters have the authority to stop the game by calling a medical timeout so a player can receive medical attention.

To be clear, just as with football plays, video review is not 100 percent definitive and should never stand alone as a means of diagnosing injury. But to have this tool available for medical personnel to complement their player evaluation is a bonus. The video clips are logged and are also available to the medical staff after the game, something helpful for reviewing head injuries, as well as all orthopedic injuries that occur during a game. It is also a tool medical providers can use with the athletes after the game to help explain how an injury occurred, something players are often not aware of in the moment.

During the “60-minute meeting” (so named because it takes place 60 minutes prior to kickoff), all medical providers for the game gather in the officials’ locker room to meet face-to-face (for purposes of easier identification, because the officials want to know who will be potentially running out onto the field or speaking in their ears) and to review the emergency action plan: What happens if a player needs to go to the hospital? Where are the ambulances and paramedics stationed? What is the path in this particular stadium to the X-ray unit?

Roughly 30 individuals with some type of medical responsibility are stationed at various points around the stadium and must be able to recognize one another in an urgent situation. They also need to be able to communicate effectively yet confidentially at all times, which is why the radio channels they will be using during the game are confirmed and tested in advance of kickoff. The 60-minute meeting might last only six minutes in its entirety, but it struck me as perhaps the most important pregame meeting taking place in the stadium.

To hear more about the concussion protocol, ranging from which medical personnel are on site, what happens in the spotter’s booth and in the blue tent, the video review process, in-game player concussion evaluation and how the evaluation of the protocol is ongoing, please check out my Answering the Bell podcast with Dr. Sills.